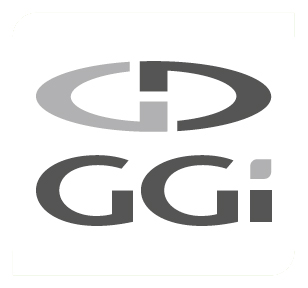 “The pandemic spread of CoronaVirusDesease-19 over the last six months has caused in Italy mainly a dramatic health effects with 236 thousand infections and more than 34 thousand deaths so far, but also financial and economic problems due to both the shutdown period and the emotional impact on the population, which makes the restart phases growth almost flat.

Expectations about 2020 financial performance are alarming. UE Commissions forecast for Italian GDP trend minus 9.5% for 2020. Italian Statistic Institution seems to be a bit more optimistic, with “just” a minus 8% estimation. However, the future ahead is expected to be the worst economic scenario since the second world war, affecting a situation where family incomes growth trend has been completely flat during the last twenty years. We will see if such dramatic forecast will come true. At the moment what we know is that industrial production collapsed in March by almost 30% on average, but some activities suffered a 50% drop, such as automotive and textile industries. Private saving rate increased from 10% to 16%, due to the emotional reaction to the crisis, and consequently consumer spending dropped by 35% in tourism and Horeca (Hotellerie–Restaurant–Café), 15% in entertainment, and 10% in clothing, and so on.

In this situation the Italian government provided extraordinary solutions for individuals and companies, expected to generate approx 75 Euro-billions public debt increase and 470 Euro-billions government guarantees. Numbers are similar across Europe, in the first 30 industrial countries, which provided similar measures.

Furthermore the situation we are going through has stopped the huge and deep bankruptcy code reform, expected to come into force on 2020 August 15th. Alert procedures, expected to legally support restarting plans and early stage solutions for distressed situations has been postponed, together with a number of other modifications to current rules. Postponing decision was requested by the situation, given the new rules would immediately affect a huge and not sustainable number of micro and small enterprises, which could make actual GDP provisions even worse than forecast so far. Moreover restructuring plans and creditor composition plans procedures have been provided of a further extraordinary period to be discussed, detailed and approved, slowing down the process and giving companies and advisors a wider time frame to file the final plan and ask for approval and registration. For a limited period, actually terminating on July 1st, new bankruptcy applications have been completely frozen, together with legal forced debt collection procedures. Banks are asked to support, secured by the government, all companies to get through this period and perform ordinary payments on time, to preserve supply chains by collective collapse.

Should everything work, we will sort it out. Unfortunately all new decrees issued to face the pandemic effects provide complicated procedures and three times the measures compared to other countries. Almost eighty implementing regulations are expected, and will take time, which we don’t have. So let’s see what will happen, looking for our bureaucracy to be dismantled and made simpler.“

Affitto di Azienda e Covid-19. Claudio Ceradini su Il Sole 24Ore
Scorrere verso l’alto
We use cookies on our website to give you the most relevant experience by remembering your preferences and repeat visits. By clicking “Accept All”, you consent to the use of ALL the cookies. However, you may visit "Cookie Settings" to provide a controlled consent.
Cookie SettingsReject AllAccept All
Manage consent

This website uses cookies to improve your experience while you navigate through the website. Out of these, the cookies that are categorized as necessary are stored on your browser as they are essential for the working of basic functionalities of the website. We also use third-party cookies that help us analyze and understand how you use this website. These cookies will be stored in your browser only with your consent. You also have the option to opt-out of these cookies. But opting out of some of these cookies may affect your browsing experience.
Necessary Sempre abilitato
Necessary cookies are absolutely essential for the website to function properly. These cookies ensure basic functionalities and security features of the website, anonymously.
Functional
Functional cookies help to perform certain functionalities like sharing the content of the website on social media platforms, collect feedbacks, and other third-party features.
Performance
Performance cookies are used to understand and analyze the key performance indexes of the website which helps in delivering a better user experience for the visitors.
Analytics
Analytical cookies are used to understand how visitors interact with the website. These cookies help provide information on metrics the number of visitors, bounce rate, traffic source, etc.
Advertisement
Advertisement cookies are used to provide visitors with relevant ads and marketing campaigns. These cookies track visitors across websites and collect information to provide customized ads.
Others
Other uncategorized cookies are those that are being analyzed and have not been classified into a category as yet.
ACCETTA E SALVA
Powered by